Comedian, writer, actor, producer, and baseball aficionado Rhea Butcher made a special appearance at the Chameleon Club this past Saturday night as part of their Spring 2018 stand-up comedy tour—the aptly titled Close to Home.

The two-week tour, which began last Friday night in Baltimore, Maryland and runs through April 14th, has been nothing short of successful. It’s netted a handful of early sellouts, including its recent pit stop in Lancaster, and shows no signs of slowing down.

The set was an entertaining, whip-smart, and relatable take on a number of subjects, including Rhea’s upbringing as an only child in Northeast Ohio. Rhea, who is nonbinary and uses they/their pronouns, also delved into issues of sexual orientation, gender identity, and their early experiences as a budding lesbian comic in Chicago’s stand-up scene.

A pre-show view from the Chameleon Club stage (Twitter photo courtesy of @RheaButcher).

And, if Butcher didn’t already have the key to Lancaster’s heart, they took a series of jabs at New England Patriots quarterback Tom Brady and admitted—not unlike a lot of people—that they reveled in witnessing his failures on the NFL’s grand stage.

The night proved a treat as my wife and in-laws are ardent fans of the podcast Harmontown, which featured Butcher as a guest in several of its episodes. Aside from stand-up and podcasting, Rhea has also appeared in the comedy series Take My Wife, which they created and wrote with spouse—Chicago-based comic Cameron Esposito.

After the show, my wife and I had the privilege of meeting Rhea for a brief chat and photo. They were also gracious enough to answer some questions for Fig Lancaster.

This was my first time in Lancaster. I was excited to come because I am from Akron, Ohio, which is bigger than Lancaster, but by no means some huge metropolis (although it was at one time back in the 40s), so I have a place in my heart for small towns in rural areas or surrounded by rural areas, because that’s also where I am from. I loved Lancaster; so many reclaimed buildings and small businesses popping up. I didn’t get to dig into the area as much as I wanted, but what I saw was very cool.

I went to Root for dinner. It was really good vegetarian/vegan food. Great atmosphere, friendly service. The vegan wings are great! Bonus points for sitting next to some teen sisters explaining things like “seitan” and “vegan vs vegetarian” to their parents. Always fun to overhear.

The strangest venue, hmm…I would say a sports bar on a country club golf course that was also hosting a wedding reception. Crowd was great, though.

Not super often anymore. Luckily, when I am touring, people at the shows definitely want to be there, so there’s no real mean heckling although sometimes people do “nice” heckling, which is still difficult because it messes with your timing. I try to be nice and tell people “I know you’re excited! But stop it.”

I had always loved standup growing up—I watched it on VH1 a lot and wherever else it was on TV—and there were a ton of women doing it then, so to me, women standups were standup. But being in Akron, I just didn’t know how you started. So fast forward to moving to Chicago after college and I started taking improv classes, which I loved, but the standup scene is really great in Chicago and I had been watching this open mic down the street, so I just finally got the nerve to do it and I’ve only being doing that since. Oh, and my now wife ran that open mic, that’s how we met. She’s probably my biggest influence; seeing her do standup back then was so amazing because she was one of the, if not THE, top comics in Chicago at the time and she just was so funny and in control. It was the first time seeing someone who was amazing at standup that hadn’t been on TV yet. It was amazing. Other big influences are Paul F Tompkins, Maria Bamford. They’re just both the best. 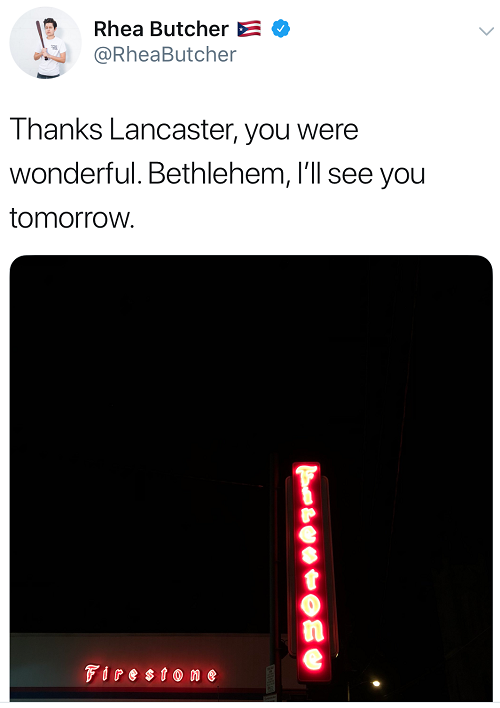 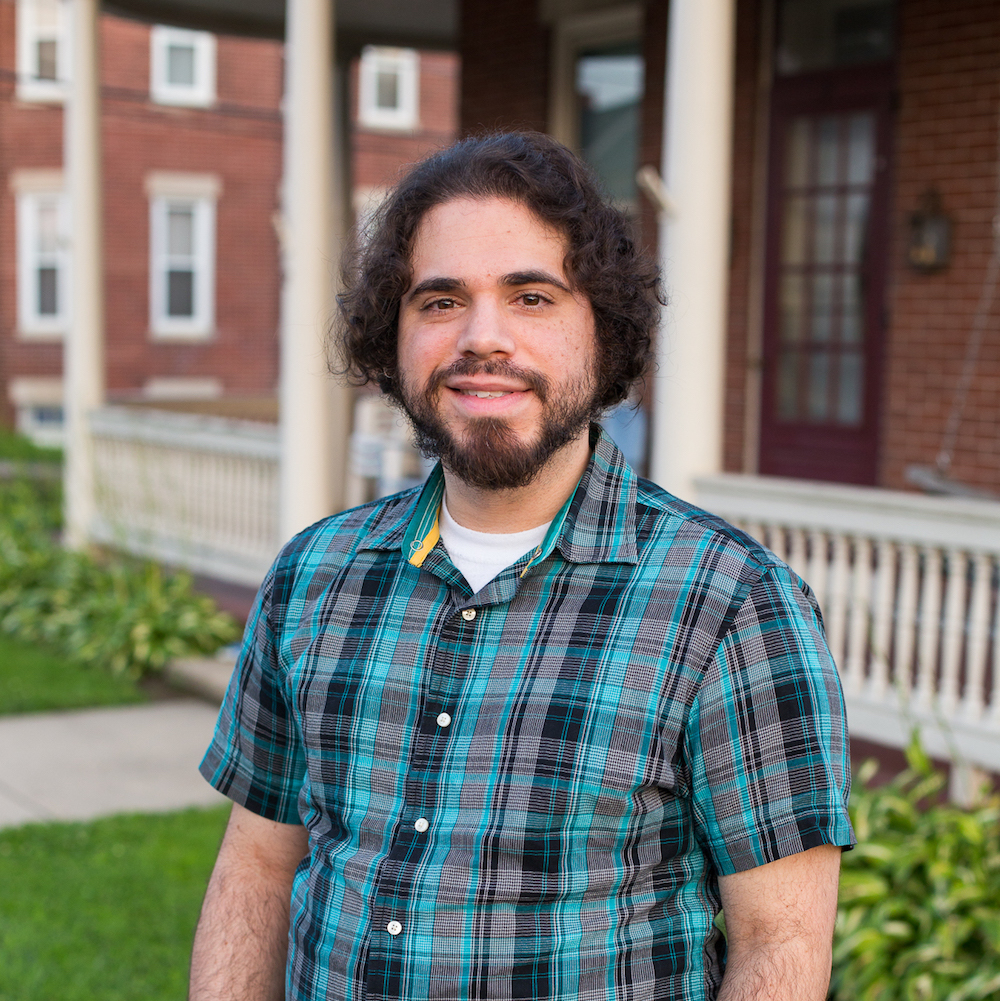