Excite your senses at Amorette 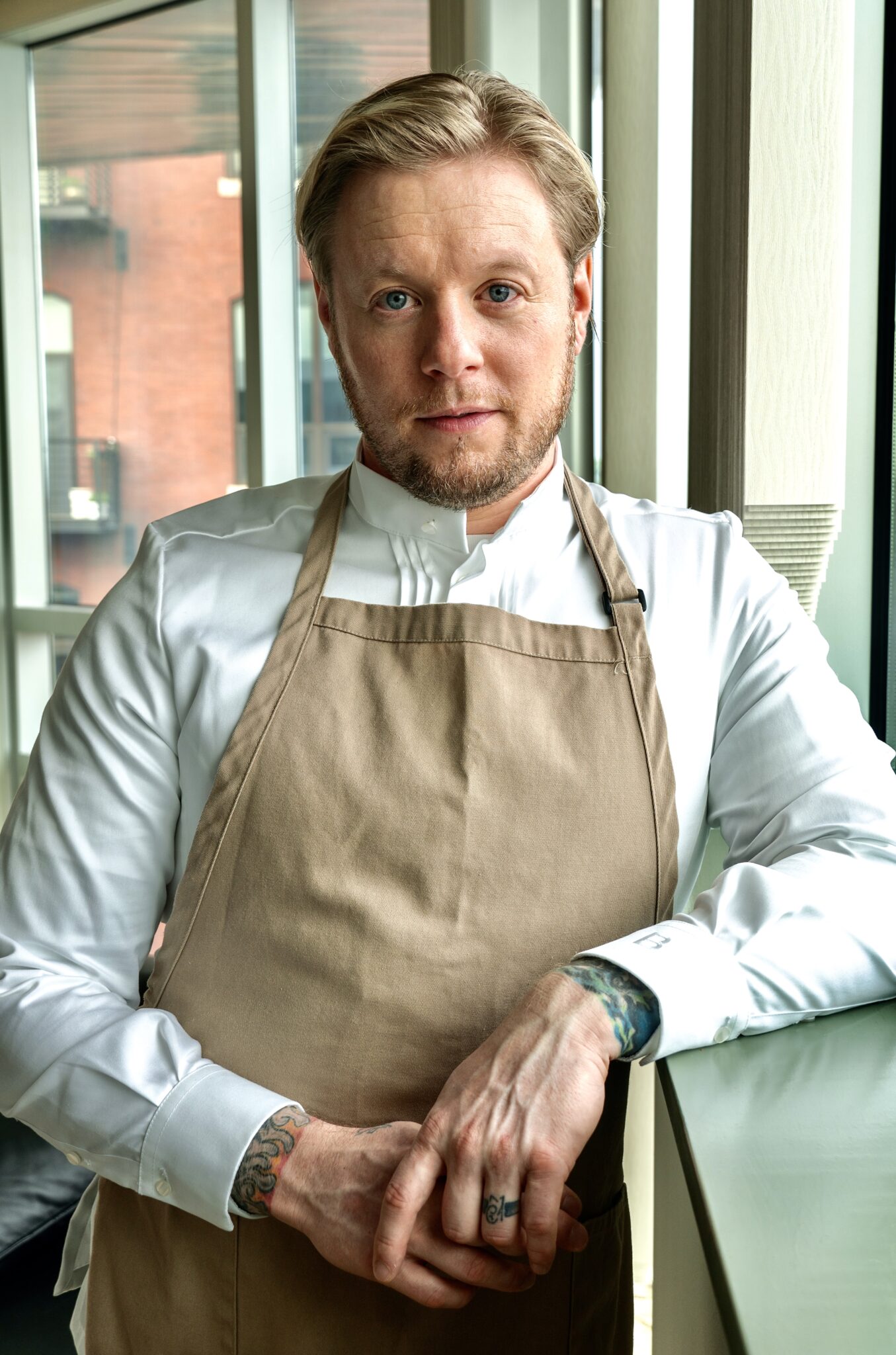 Downtown Lancaster has proudly worn the badge of being an “up and coming” culinary hotspot over the years, but the arrival of Chef Rikku Ó’Donnchü at Amorette is a clear indication that our time has finally come. After nearly 15 months of shuttering its doors, this beloved Lancaster beacon of gastronomic refinement has been reborn through the eyes of this Michelin-recognized chef. The revival is a groundbreaking triumph for the Lancaster food scene, but also proves to be a larger culinary revelation for American fine-dining as a whole.

Indeed, through a newly designed menu Chef Ó’Donnchü has transformed Amorette’s dining room into a playground of evocative theatrics —an immersive experience that will have guests questioning the accuracy of their own senses, as well as their aptitude for foresight.

Recently honored by AAA and named Best Global Chef by World Luxury Restaurant Awards, Chef Ó’Donnchü is world-renowned for his work in what some have coined “molecular gastronomy”—an expressionist, scientific approach to cooking that includes sleight of hand tricks, multi-sensory engagement, and mind-boggling presentations. One example: levitating food.

Yes, you read that correctly. “We’ll only be the second restaurant in the world to do that,” says Chef Ó’Donnchü, citing Salvador Dalí and the band Tool as inspiration for his creativity.

This surrealist aesthetic is woven throughout the menu and across Amorette’s walls, which now exhibit an updated art collection that mirrors his love for the otherworldly. The result of merging Chef Ó’Donnchü’s artistic genius and Amorette’s meticulous standards of service— which had previously earned them the AAA Four Diamond and Wine Spectator Two Glass Best of Award of Excellence—is plush, poetic, and borderline hypnotic; a deeply engaging taste experience few in this corner of the country have seen.

But despite his long list of accomplishments and professional ambitions, Lancastrians will find they have more in common with Chef Ó’Donnchü than they think. “I love the city. It reminds me of where I grew up in Nottinghamshire,” he says, recalling his early childhood in the UK.

A father, husband, and self-proclaimed empath, Chef Ó’Donnchü sees the team in his kitchen as family and is eager to introduce the city to his avant-garde food, acknowledging its unfamiliarity. “I want locals to be open to being challenged,” he notes, “because being uncomfortable isn’t always a bad thing, right? It can lead to something new.”

He goes on to recount that, however contemporary they may look, these dishes aren’t being fabricated in a lab full of petri dishes and test tubes. As has always been the case, the Amorette menu starts with locally sourced, fresh produce and abides by a 95% non-wasted policy—which encourages the team to be innovative with “leftover” ingredients.

The Lancaster food scene is ready for its day in the sun, and Chef Rikku Ó’Donnchü is leading the way at Amorette, beckoning Lancastrians to bask in its glow. “We will be keeping tables open for locals. And we’re looking forward to them giving us a chance!” he says.

Your opportunity for an immersive dining experience awaits. Visit amorette.com to reserve your seats for the show at 401 North Prince Street.