With larger-than-life sound stages, innovative production companies, and a diverse cast of filmmakers, the local film industry is booming. “Lancaster has a centuries-long history of having creative talent here, in all forms of arts,” says Peter Scudner, Founder of Triode Media Group. “As those arts become digital, we think it’s essential that there be infrastructure in the community. By building a studio and expanding our equipment business, we provide the support that helps filmmakers collaborate with other creatives and strengthen the local industry.”

Triode Media Group is developing a network of film professionals to create high-end content for corporate clients. These projects promote and support local businesses, attract major feature film productions, and make it possible for regional film professionals to make a sustainable living doing what they love. This film section features four filmmakers from this growing industry and the exciting projects they’re producing in Lancaster this year.

Meet the expert filmmakers who are changing the landscape of movie making in Lancaster. 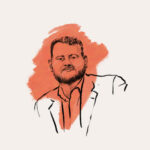 ES: I like to solve problems. Each  project is different, and I’m inspired by overcoming any obstacles that

arise in the filmmaking process.

Fig: What is your favorite part of the filmmaking process?

ES: I enjoy the work that goes in ahead of time in terms of problem-solving. So it might be creating a specialized camera rig, doing a practical effect, or getting the area set up and doing pre-lighting. My process is visualizing what tools we will need – for example, a lighting setup ahead of time – and then having everything positioned so shoot day runs smoothly.

Fig: Triode is also a film resource for other companies. Are you offering any exciting new equipment?

ES: We are renting out two new grip trucks — a box truck filled with specialized lighting and camera equipment needed for most film productions. This service is exciting because filmmakers can source everything in one place instead of traveling to several locations to find specialty equipment.

Fig: How do lighting and camera rigging affect the quality of a film?

ES: It’s all about the tone you want. How you light a person is going to impact their message and how they come across. It can also convey the temperature, time period, or geographic location. I think to myself, what stereotype of cold are people going to recognize by this lighting subconsciously? Then I will use a cooler, blue temperature lighting. 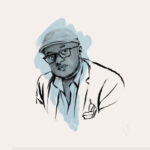 Fig: What is your filmmaking style/aesthetic?

AB: People who hire me know they’re getting someone who is passionate and deeply interested in telling the human story. Human stories that highlight the worthy and uplift the marginalized. When making a film, we really value collaboration. Like jazz – we approach it with organized improvisation.

AB: Carley, my wife, is an invaluable part of INGOMA. Our partnership is the cornerstone of our business. She is incredible at putting ideas into action. The truth is, for a long time, I was making films, but I did not have a company. It was Carley’s idea to start the company and merge our efforts. And we just welcomed our first child. I look at this little miracle, and there are infinite possibilities, infinite joy, and sadness to be had, which inspires me.

Fig: How did you get started in film?

AB: I grew up in Rwanda. You could say it started when I was a kid…I got in trouble for skipping class to see movies. I moved to the U.S. knowing I wanted to be a filmmaker, and sought any and all opportunities before and after graduating to get involved in the film industry.

AB: It’s a microcosm of the U.S. The county is a lot like the Midwest, and the inner city is very similar to cities all across the U.S. while still being unique. It’s just a special place, vibrant with creativity and art, and it’s changing rapidly. You might not believe this, but Lancaster is the only place in the U.S. that I’ve heard my native language (Kinyarwanda) spoken on the streets. It makes no sense that someone from Rwanda would be in Lancaster County making films, but Lancaster has a way of pulling people here, and once you get plugged in, you don’t want to leave.

Fig: Why did you name your company INGOMA?

AB: The word ingoma shows up in many different Bantu languages across Africa.  In some places, it means the drum or the song played on it. In Rwanda ingoma also refers to the throne of the precolonial king. INGOMA Films is rooted in these ideals of traditional storytelling, vibrance, creativity, and longevity stretching back millennia, but it’s also connected to this place. By naming a company in Lancaster INGOMA, we’re standing out in precisely the ways that the many refugees and immigrants, who now call this place home, stand out and add their cultures, values, and perspectives to the ecosystem. We think that our global perspective adds to the conversation in an interesting way and hopefully creates more nuanced films. We want to tell specific stories that are significant to the local individual while having a global impact. 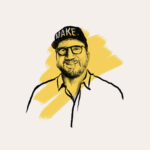 DD: What inspires me the most is just sitting down with somebody and talking about their story. I’m also inspired by music because I’m a musician as well (I play the piano). Music is so complementary to film. Just think about it: what would Star Wars be without the Darth Vader theme?

Fig: How did you get started in film?

DD: I’ve had a camera in my hands since I was 10 years old. My dad had one of those old shoulder VHS tape cameras, and I wasn’t doing narrative filmmaking. I was more of a scribe, and I was obsessed with capturing the moments that are temporary and preserving them for the future.

Fig: Does that same desire to capture a moment drive your current work?

DD: Oh definitely. We just finished a three-part documentary series about the state of democracy in our world, specifically this country, Dismantling Democracy. It got nominated for an Emmy Award, which was great. Another example is the feature film we’re shooting in September with Jared Harris, Brave The Dark. It’s a true story about a high school kid in Lancaster. I love telling true stories [in particular], stories about someone who faced hardships and overcame them.

DD: Lancaster is an amazing place to start a business and build relationships, especially for the film industry. We’re a connected community of hard-working creatives with a “make it happen” mentality.  When we start something, we won’t stop until we get it done, and get it done well!

Fig: What is your favorite part of the filmmaking process?

DD: I’ve held just about every role in the filmmaking process, but as I’ve grown and recognized my strengths, I realize I’m best as an Executive Producer that’s building the team and connecting the dots. I love finding the vision for a project and making sure everyone is aligned working towards the same common goal. 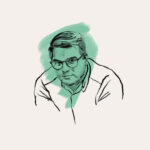 Fig: What is your favorite film?

MS: I’ve put a lot of thought into this (I had to because everyone asks this question). I’m a bit of a nerd, and I also love the artistry and craft of filmmaking, so the movie that by far most encapsulates authentic, incredible filmmaking is The Lord of the Rings: The Fellowship of the Ring. It’s the perfect blend of my interests, filmmaking craft, and just pure nostalgia.

MS: I like films that you can feel tonally…very atmospheric, mood pieces. LampHouse Films is owned by myself and my business partner, Josh Henry. We partnered up in 2014, and I always joke that I used to make really beautiful films that weren’t about anything before he came along. And he brings his writing chops and stories—we have very complementary skill sets that way. The interplay of technology and art also inspires me. Cameras are tiny computers with electrical sensors in the front, but I like asking the question: how do we wield this thing to create a beautiful, lifelike organic image?

MS: The community is so collaborative. So many different filmmakers have such strong creative vision that we get behind. Our goal at LampHouse is to try to figure out the mechanisms to bring consistent work through Lancaster so that everybody benefits and that we can all collaborate on bigger things.

Fig: What are you working on right now?

MS: We are working on a coming-of-age survival movie, and it’s pretty much tailor-made for the area. In the past, our role was to help bring outside productions to Lancaster and use our resources to make movies. Now we’ve got several scripts coming off the ground and several others that we’re optioning that will be developed from the ground up by Lancaster creatives.