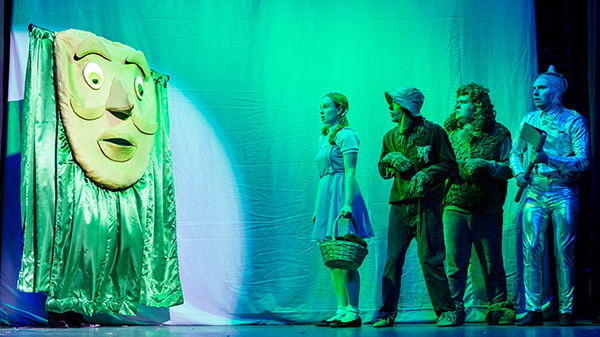 On May 7, Vital Theatre will bring the whimsical world of Oz to life at Mickey’s Black Box in Lititz, Pennsylvania.

Vital Theatre has been producing shows in New York City since 1999. Founding Creative Director Stephen Sunderlin knows that Vital Theatre’s sweet spot is performing excellent productions for kids and their families, awakening their imaginations and empowering them through performance.

Stephen is excited to present his shows for a fresh audience in Lancaster County, starting with the theatre company’s original rendition of a classic story, The Wizard of Oz. 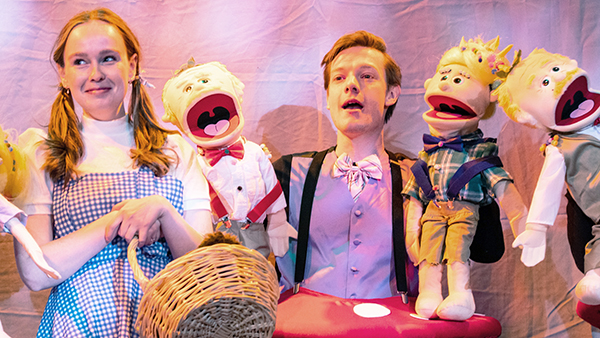 Three years ago, a founding member of Vital Theatre, Michael Schloegl, came to Stephen with the idea of producing The Wizard of Oz. Stephen was hesitant at first.

“Up to this point Vital had only produced original productions, however, Michael, who is incredibly talented, was also insistent,” Stephen said. “He showed me his incredible one-hour adaptation with six actors, all the classic music and all the classic characters and I couldn’t resist.”

Stephen was quickly convinced that this show would be a good fit for Vital Theatre, and after receiving permission from the estate, Vital Theatre began performing their unique rendition of the show. The first run was hugely successful and has since toured up and down the east coast.

Vital Theatre’s success in New York City made Stephen wonder if this could be replicable in other places.  While visiting his daughter and son-in-law who moved to the area four years ago, Stephen began exploring Lancaster and came to find its vibrant arts scene and rich theater community a potential next step for Vital Theatre. When the pandemic crippled New York City’s performance industry, Zoom made it possible for Stephen to be in two places at once. If there was any time to branch out and run a Vital Theatre show in a new place, this was it. Stephen and the team at Vital Theatre decided to bring their shows to Lancaster and perform for a new group of children and their families.

“Fortunately for 24 years, we’ve had a pretty good run in New York City, so I hope we find the same interest here in Lancaster, Pennsylvania,” Stephen said. “We do really good work. These are quality musical theatre pieces that just happen to be for an audience of 2-7 years old.”

On Saturday, May 7, Vital Theatre will be performing The Wizard of Oz at Mickey’s Black Box, located at 101 Rock Lititz Boulevard in Lititz. Cast with professional adult actors all the way from New York City, this production will immerse children and families in the adventures of Dorothy.

With the theatre putting its own twist on a beloved story, adults will be swept away in the nostalgia of a childhood favorite, and kids will be mesmerized by the tales of the yellow brick road.

With only one performance, you won’t want to miss this show. Gather up the whole family and reserve your tickets at vitalswizardofoz.eventbrite.com

Fig connects people with local shopping, dining, arts and entertainment, organizations, services, and events. At Fig, we celebrate the Lancaster community with a powerful mix of print, digital, and social media—helping you love local every day.